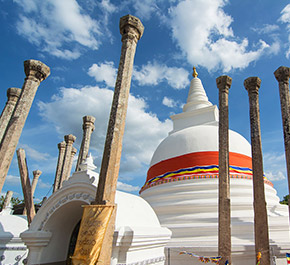 This sacred city was established around a branch from the sacred Bo tree which supported Lord Buddha for his enlightenment.That was brought here by Sangamitta; the female monk who was the founder of buddhist nuns in Sri Lanka. Anuradhapura, a Ceylonese political and religious capital that flourished for 1,300 years, was abandoned after an invasion in 993. Hidden away in dense jungle for many years, the splendid site, with its palaces, monasteries and monuments, is now accessible once again. 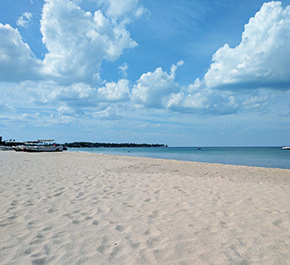 Trincomalee is a port city on the northeast coast of Sri Lanka. Set on a peninsula, Fort Frederick was built by the Portuguese in the 17th century. Within its grounds, the grand Koneswaram Temple stands on Swami Rock cliff, a popular vantage point for blue-whale watching. The holy complex contains ornate shrines and a massive statue of Shiva. Nearby Gokanna Temple has a panoramic view over the city and the coastline.

Standing over 200m tall, Sigiriya, also known as The Lion Rock is one of the must-visit destinations in Sri Lanka. On top of this massive rock was once a massive castle built-in 477 – 495 AD by King Kashyapa. It's said that the entrance to the castle was through the mouth of a huge sculpted lion thus gained its name, "Sigiriya" (Sinha Giri) which translates to "The Lion Rock". The feet of the lion is still there today. At the base of the rock, you can see the gardens with beautiful landscapes, water gardens, boulder gardens and more. As you climb to the top of the rock, in the midway you can see the world-famous frescos of the maidens of Sigiriya. and also the famous mirror wall. Today Sigiriya is claimed as a world heritage site by UNESCO. 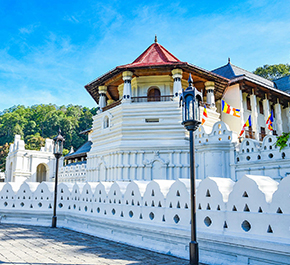 Kandy is a religious city that was the last capital of the ancient kings, Being the home to the sacred tooth relic it is one of the most sacred places of worship for Buddhists all around the world. The Temple of Tooth or locally known as "Dalada Maligawa" is one of the most sacred places in the country. Apart from the Temple of the Tooth, Kandy is yet known for the beautiful Royal Botanical Gardens at Peradeniya and the scenic lake in the midst of the city. Visit Museums and stone workshops to buy handmade souvenirs and spend the evening attending a cultural dance show. 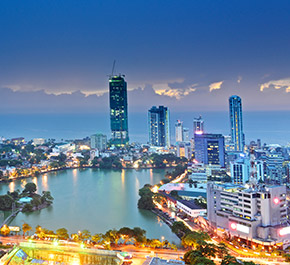 Colombo, the capital of Sri Lanka, has a long history as a port on ancient east-west trade routes. The city of the sky-rising buildings, the federation of street sellers – the one-of-a-kind semi culture of trading, the city with the bustling business and places you could roam around all the way. Watch the sun drift down to the ocean while eating an authentic isso-wade (a prawn food item) at the beaches. 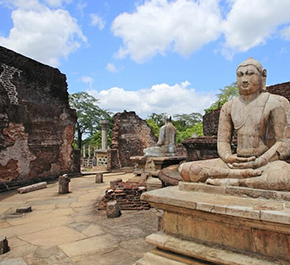 Polonnaruwa was the thriving commercial and religious Centre of Sri Lanka some 800 years ago. The second most ancient kingdom of Sri Lanka – a wide choice of places which once was the home to Kings and Queens, gave shelter to armies who fought to protect their motherland lies with the same glory. Gigantic tanks, palaces built on stories and hideouts of ancestors of Sri Lanka would allow you captures worth the walk. 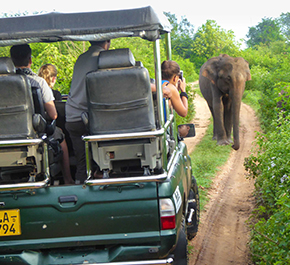 Monkeys jumping over and about through the trees, peacocks showing off their stolen prettiest frocks and elephants idling to and fro while curious leopards slide like shadows through the Yala National Park, you are expected to keep your eyes wide open as it takes you through a journey in the Jungle Book. The dry woodland and open patches of grasslands is big wilder corner of Sri Lanka. 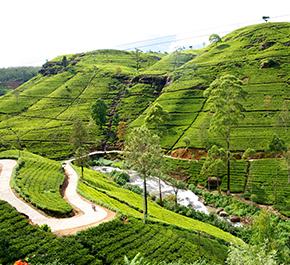 Located towards the mid of the island more than 6000ft above sea level; Nuwara Eliya is one of the most attractive scenic places in the country. With tea plantations all around wherever you travel be sure to visit a tea factory and indulge yourself with the best cup of tea, you have ever tasted. Nuwara Eliya is also known as Little England not only because of the cool climate but also of the British colonial era bungalows and architecture which are still visible today. Head to the Golf Course or to Lake Gregory for